Clayground Collective combines public art, education and research in a series of initiatives to engage people in clay and pass on ceramic skills. We connect with experts in a range of fields, commission artists and stage small and large scale events for the public.  We conduct research into the significance of hand skills’ development and gather advocacy material for retaining clay studies in schools.

For the last three years, we have led Clay Cargo, a project making connections between clay and canals devised in partnership with the British Ceramics Biennial and Canal & River Trust.  Inspired by Josiah Wedgwood, ceramic industrialist and one of the first investors in the canal system, Clay Cargo renews historic connections between clay and the canals through workshops on boats and a series of events at canalside locations.

Over the three years of Clay Cargo, we have worked in London, Birmingham, Dudley, and Stoke-on-Trent, have commissioned poetry, ceramic works, film, photography and music, and have staged numerous events for the public.

Using 5 tons of raw clay over the weekend of 15 and 16 August 2015, we created with members of the public A Monument to London’s Anonymous Makers on the steps leading to the Regent Canal.  We portrayed well and lesser known buildings of King’s Cross reflecting the area’s industrial past and changing present.

Here is a film of events with a soundtrack composed by Dead Rat Orchestra musicians Nathaniel Mann and Daniel Merrill and played by steel orchestra, The Melodians.  Cylindrical containers, known as saggars, thrown by Duncan Hooson formed part of the installation.  These were decorated with clays dug by volunteers around the world and relayed to London.  Click on the film to view on Vimeo.

From September to November, a Clay Cargo project exhibition was installed in the former Spode Factory, Stoke-on-Trent, as part of the British Ceramics Biennial.  The exhibition, created by Claire West and Nicola Skinner, depicted the three-year story of Clay Cargo. It was based on the length of a canal boat – 60 feet – and the fall and rise of the canals and locks on the journey between London and Stoke-on-Trent.

Part of the presentation were works by artists specialising in clay: David Binns, Rob Kesseler and Matthew Raw; 150 saggars (cylindrical containers) thrown by Clayground’s Duncan Hooson and slipped with a selection of the world’s clays dug by volunteers from around the world. 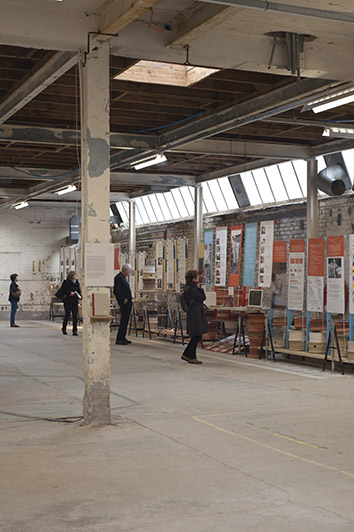 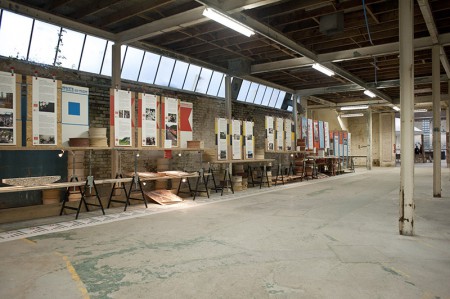 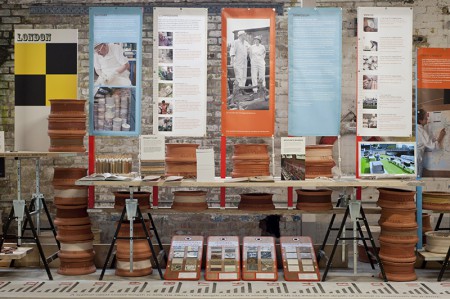 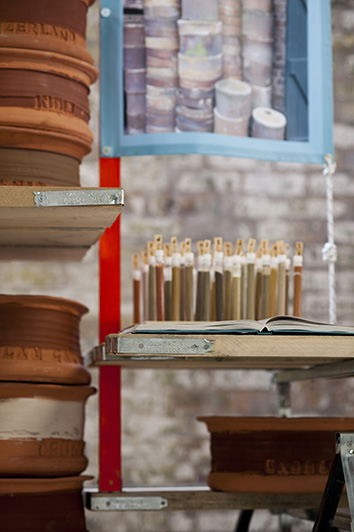 David’s piece, Metamorphosis, integrates ceramic material found by scuba divers at the bottom of the canal at Middleport Pottery; Rob’s images portray clay and micro-organisms at 8000 magnification from Doulton’s ex-clay pit, Saltwells; Matt’s piece, Churn, is in response to the Thames Foreshore and the ceaseless movement of the tides and their action on ceramics from Roman times to the present.

We also led sessions at the British Ceramics Biennial combining making and writing skills.  This included sessions for teachers and readings of poems commissioned in 2014 from Barry Taylor, Elisabeth Charis and Rachel Long. 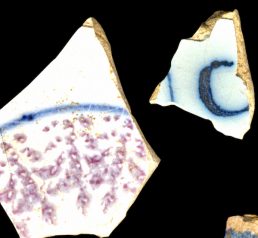