We’re in touch again with news about recent Clayground action in Hull 2017 UK City of Culture.  One of their impressive projects, called The Sixteen Thousand, involves all early years children working creatively with clay.  Local brick manufacturer Weinberger has donated 16,000 leather-hard (unfired) bricks for distribution to all nursery and primary schools in the city.  The children are in the process of sculpting the clay bricks that will then be fired and used in a huge installation in the city centre later this year.

As part of Hull 2017’s enthusiasm for the material, Clayground was invited to devise a clay session as part of National Play Day on August 2nd.  Hosted in Queen’s Gardens and supported by Family Information Services, we worked with a ton of clay from the wonderful Potclays.

We focussed on play and invited members of the public to make something representing their favourite games, toys or pastimes.  Rugby is big in Hull and favourite players featured quite a lot.  Bikes were popular, swings, snowmen, a few birds, dolls, boats, Pokemon characters, giraffes, monsters, rubik cubes and marbles.  Traditional games like hide and seek, grandmother’s footsteps and snakes and ladders made an appearance.  Talents and confidence in making varied greatly.  One young boy said: “I like science“. He made a test tube and then, encouraged to make something else, made a microscope with precise details, like the focus ring and a perfectly modelled stand.  Several people needed encouragement to model things in three dimensions, rather than carving into flat slabs of clay.  Help and advice was on hand thanks to stalwart Hull 2017 volunteers and the Clayground team.  Around 2500 people joined in and enjoyed seeing what others had made.  It was quite busy!

We had a visit from BBC North and were interviewed about the thinking behind the event and why it’s important to play with clay and make things in three dimensions.  You can catch it here.

We noted comments from participants.  Here are a few:

(Little boy to Clayground) – ‘So, what is this then? Is it a kind of Utopia?’

(Girl on phone) ’…you really should come. We’re making this massive sculpture in clay. You can make whatever you want. It’s brilliant.’

(Grandfather) ‘Look, they are so absorbed. We brought the grandkids and they said ‘We want to go. We don’t like anything’. Then they saw the clay and we can’t get them away now. It’s great.’

Here are a selection of images including Hull 2017’s amazing staff and volunteers, Julia, Zoe, Chris, Aaron, Thom and Josh.

We had a great time thanks to all involved. 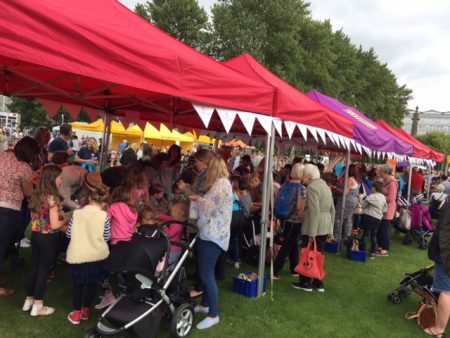 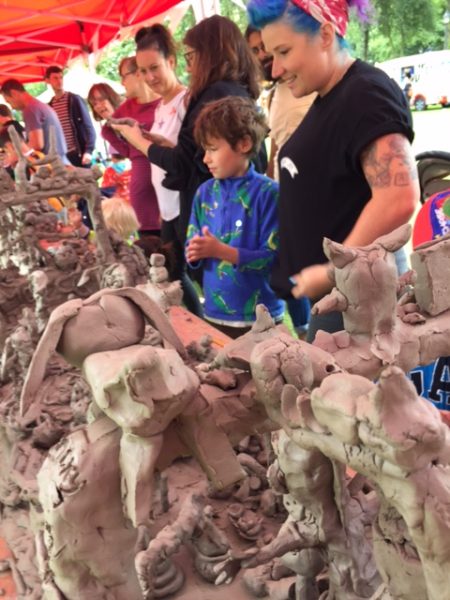 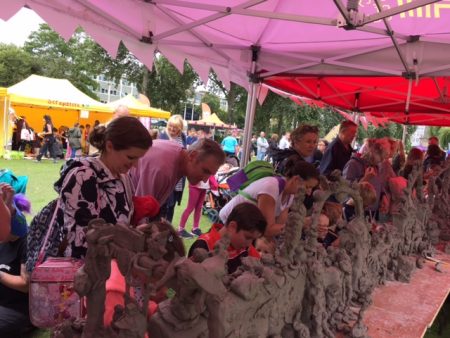 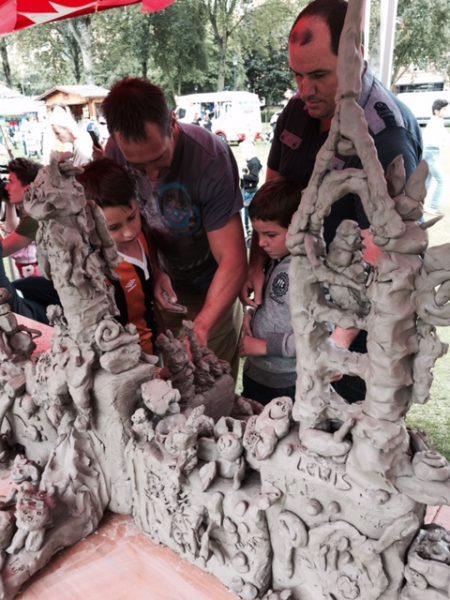 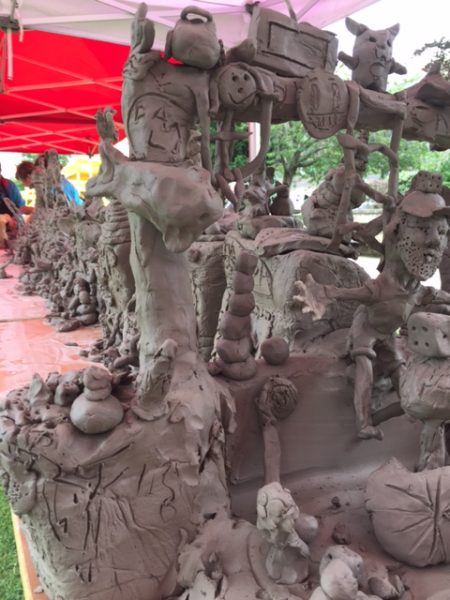 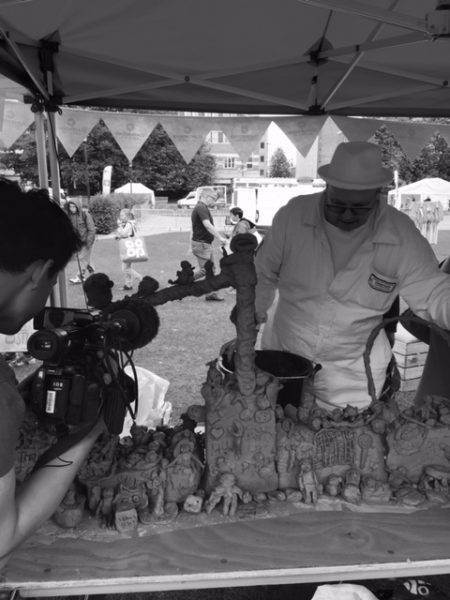